Crash Twinsanity is the 11th installment in the Crash Bandicoot series, but is is the fifth chronologically in the main series. The game was developed by Traveller's Tales's now-defunct Traveller's Tales Oxford Studio, published by Vivendi Universal Games, and distributed by Vivendi and Sierra Entertainment. The game's plot revolves around Crash Bandicoot and the evil Doctor Neo Cortex teaming up in an effort to stop The Evil Twins from destroying the Wumpa Islands. The game chronologically takes place after Crash Bandicoot: The Wrath of Cortex.

Twinsanity's gameplay differs from many previous titles, like Wrath of Cortex and Crash Bandicoot 3: Warped. Instead of having a main HUB room from which the player enters into each level, the game is now free-roaming. The game does features a linear path occasionally. Like previous titles, the Power Crystals have to be collected as Crash and Cortex progress through the levels. Gems also appear but are not rewarded to the player by destroying each crate in each level but colored ones are littered throughout the landscape. Six colored gems are in each level and when obtained unlock extras, like artwork. Twinsanity's most major gameplay element is the addition of a second character tagging along with Crash. Often, Crash and Cortex are paired up and most progress through the level together. Crash can throw Cortex, spin Cortex, and also use Cortex as a hammer to bash enemies. Cortex, when thrown, will usually warp back if thrown in an reachable place for Crash to retrieve him. In some sections of the game, the player may take control of just Doctor Cortex or his niece Nina Cortex. Cortex uses his gun to defeat enemies but requires ammo to do so. Cortex most collect ammo from Ammo Crates in order to replenish his ammo. Nina can use her mechanical arms and wall-climbing skills. The very last playable character is Mecha-Bandicoot, a previous boss controlled by N. Gin, who is controlled by Crash in order to finish off the final boss.

The game originally started out under the name Crash Bandicoot Evolution. The game was very different from the final product and featured a enchanced RPG/platformer-like style of gameplay. However, the game was scrapped and eventually become Crash Twinsanity. A demo of the game was handed out at booths at E3 2004 before the final version was released. The demo contained many differences and was named Crash Bandicoot Unlimited in the PAL version and Crash Bandicoot Twinsanity in the NTSC version. Through hacking, many players have discovered even more differences in level layout. The demo only previewed the three levels, Jungle Bungle, Cavern Catastrophe, and the "Doc Amok" section of Totum Hokum. A warp room-like HUB, which is the inside of the Iceburg Lab, lets the player choose from the three levels. The full-motion videos of Crash Twinsanity were created by Red Eye Studios, who previously created the full-motion videos for Crash Nitro Kart. The soundtrack of Crash Twinsanity was composed, performed, arranged and produced by a cappella band Spiralmouth, while Gabriel Mann recorded and mixed the soundtrack at Asylum Recording Studios in Los Angeles. Crash Twinsanity marks the debut of Lex Lang as the voice of series antagonist Doctor Neo Cortex. When Lang was called in for an audition to replace previous voice actor Clancy Brown, the voice director described Doctor Cortex to him and had him listen to signature samples of Brown's performance. When Lang was given the freedom to develop the character with the director, they eventually created a depiction of Cortex that was "master evil with a bit of a childish feminine side that leaks out in his tirades" that had everyone laughing at the lines and the character. As a result, that depiction of Cortex stuck. Other voice roles include Mel Winkler as Aku Aku and a tribesman, Michael Ensign as Doctor Nefarious Tropy and a tribesman, Susan Silo as Madame Amberley and Nina Cortex, Debi Derryberry as Coco Bandicoot and Neo Cortex as an eight-year-old, Alex Fernandez as Uka Uka and Farmer Ernest, Dwight Schultz as Dingodile, Rusty Walrus, a tribesman and Papu Papu and Quinton Flynn as Doctor N. Gin, Victor, Moritz and a penguin. 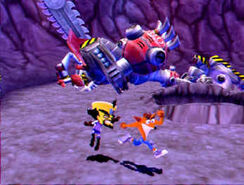 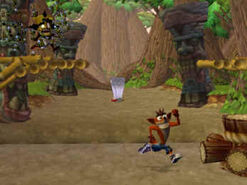 Crash in the "Doc Amok" part of Totum Hokem. 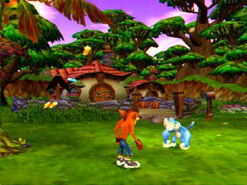 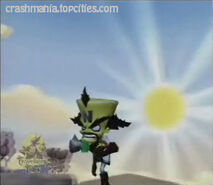 Cortex in the removed level, "Gone A Bit Coco". 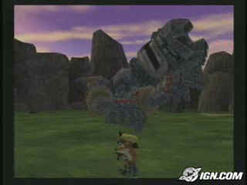 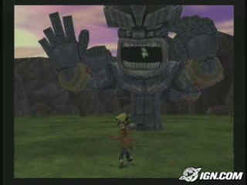 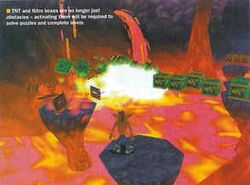 Another glimpse of the 10th dimension 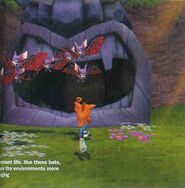 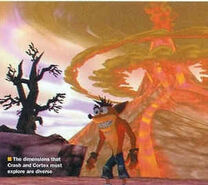 Nina and a "Foofie" 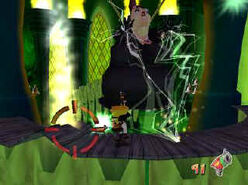 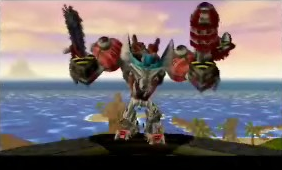 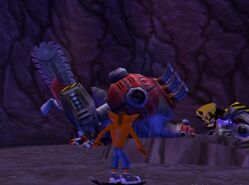 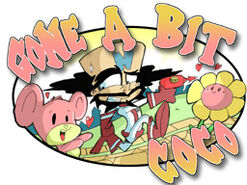 "Gone A Bit Coco"
Add a photo to this gallery
Retrieved from "https://videogameresource.fandom.com/wiki/Crash_Twinsanity?oldid=8820"
Community content is available under CC-BY-SA unless otherwise noted.